Doing the research for this blog, I found that most people fear public speaking more than a long list of phobias, including spiders, dentists, heights, and being buried alive. Some surveys even report that people fear death less than public speaking, sparking the old joke that if you attend a funeral you’d probably be more comfortable in the coffin than giving the eulogy.

I’m no exception to this fear - though I don’t want to be buried alive either. Even in front a group of friends or colleagues, the thought of standing up and presenting fills me with dread. Despite this, recently I’ve had to talk about my current policy area to large audiences. I work on improving leadership, which added to my nerves - who better to give a talk on strong, confident leadership than someone who is petrified by the thought of it? 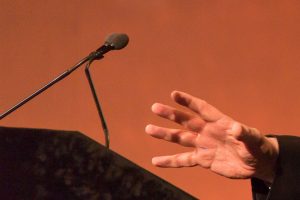 Nevertheless, instead of fleeing to an abandoned mine until things blew over, I went through with it and spoke to three different audiences, each of around 200 people. Paradoxically, perhaps, I did this because, to some extent, I’m not a naturally confident leader. That is, I recognised that this was an area where I could develop. It’s also incredibly helpful that I have a supportive, empowering team. Even though I knew I’d be terrified, I knew that when I stood up I’d be ready, because I could trust my team to help me. That support and trust is a crucial catalyst for development. 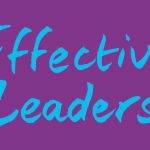 In fact, the preparation has been the most useful aspect of this journey. It’s where I did the actual developing, rather than when I am on stage.

When I’m preparing to speak, I make sure that I involve my team, my mentor, my friends and - vitally - the event organiser. This means that I can get the audience on my side by tailoring what I say to them, even if that’s just a throwaway joke or a comment about whatever is in the news that day. I also make sure I can get feedback from the audience to review after the event, so I can use that to be better for the next event. This means that when I stand up in front of the audience it’s not so much about me and how scared I am, it’s about everyone that has fed in so far and how far I’ve come already.

Every time I speak, I’m building on wherever I got to before. My performance isn’t so much about me any more, it’s a collective representation of the accumulated audience feedback and suggestions from colleagues I’ve had so far. It’s easier to talk to an audience of hundreds when you’ve got your own mob standing behind you (figuratively).

All this makes it easier. I’m less nervous every time, knowing that I have this support network in the organisation that I’ve been drawing on.

I don’t think I’ll ever find public speaking completely comfortable. I just don’t think I have that sort of personality. But I do believe that going through the process has helped me develop and added something to the message I’m trying to get across about leadership. After all - as I’ve come to appreciate - who better to give a talk on strong, confident leadership than someone who is petrified by the very thought of it? Who, indeed!