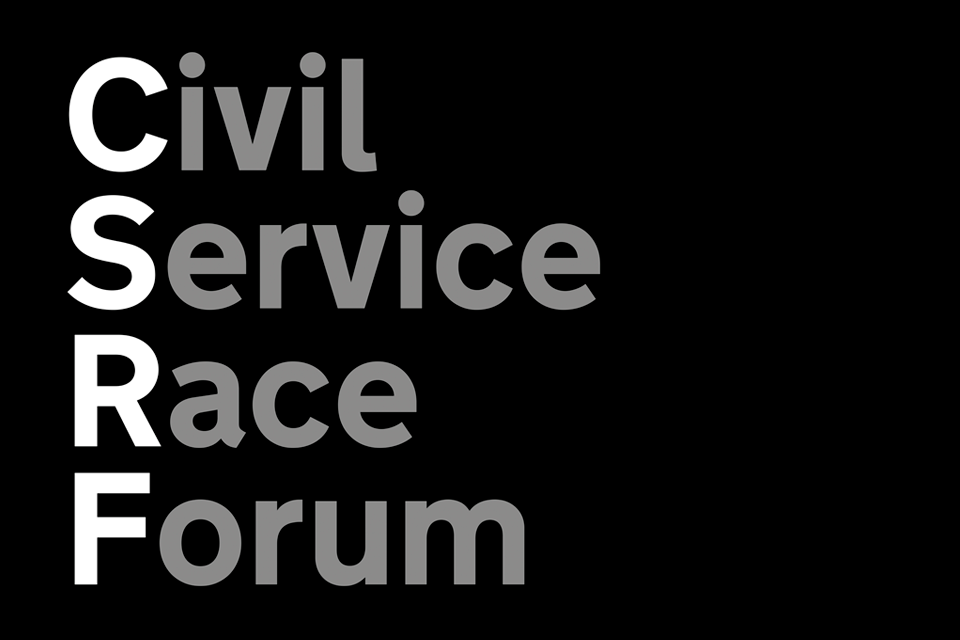 The CS Race Forum is open to all Civil Service diversity staff networks, as well as other staff networks from the public, private and third sectors that lead on race issues.

Our aims are to:

The CS Race Forum is made up of an Executive and Secretariat team.

All joining networks will automatically be offered a place on the Executive as either a full member (for staff networks of central government departments, agencies or non-departmental public bodies with civil servants), or as an associate member (for all other public, private and third sector organisations). It is the expectation that the place on the Executive will be taken up by the Network Chair or their nominated representative. Both full member networks and associate members will share equal status and voting rights.

Following the outcome of the CS Race Forum elections, Hamid Motraghi (Home Office) was duly re-elected as the Chair and will serve for a one-year term of office until March 2020.

These meetings are an opportunity to share best practice, meet other members of the forum and hear from guest speakers.

You may be interested in the recent post entitled, 'Black History Month, unfinished business', a personal exploration of the meaning of Black History Month, in the form of a Q&A between longstanding friends and civil servants Rob Neil and Paul Downer.

Having recently joined the Diversity & Inclusion Team it was a great opportunity to hear Uzma Khan, the co-chair of REN, and Paul Johnston, Director General Ally for Race, Religion and Belief, reflect on what the network has achieved over the last year and how it’s providing a platform to achieve improvements such as contemplation rooms for all faiths and a space where everyone is welcomed.

We had two Scottish Government Ministers as keynote speakers. Christina McKelvie (Minister for Equalities and Older People) and Humza Yousaf (Minister for Justice) outlined the policies made by the Scottish Government to advance diversity and inclusion, but challenged us to continue to remove the barriers to employment for ethnic minorities so that equal opportunities becomes a reality for everyone in Scotland.

Highlights from the conference included drama and dance from members of Turn Flicks, the first production company in Scotland to make Nollywood films, which represent English-speaking Africa. The group contributed a colourful spectacle of Scottish diversity in Black History Month, and even got colleagues up and out of their seats to join in the dancing!

External speakers offered a range of perspectives, insight and challenge:

The panel discussion explored the experiences of the intersection of race and gender and examined the evidence from the People’s Survey 2017, which showed that female minority ethnic employees are more likely to experience bullying and harassment and less likely to report such incidents. We discussed actions needed at an organisational level and the possible role of REN to ensure every colleague is supported in a safe environment.

Finally, Ken Thomson discussed his personal experience of how mutual mentoring challenged him as a leader and gave him insight into experiences faced by colleagues.

thenetwork@homeoffice.gov.uk  (please use 'CSRF' in the email subject line)