So many of the issues we work on as civil servants can’t be tackled by just one department. Ensuring people with mental health problems are supported and live productive and fulfilling lives is just one such issue.

In 2012, the Government enshrined in law the principle of “parity of esteem”. This meant that people with mental health problems should receive equal treatment from the NHS as those with physical health problems. However, we know that tackling the complex determinants of poor mental health needs can’t be achieved through legislation alone.

Half of all cases of mental ill-health in adults have started before the age of 15, and one in ten young people aged 5 to 16 has a diagnosable mental health condition. To put it another way, that’s three children in every classroom. So when the Prime Minister announced in January 2017 that she wanted to tackle the “burning injustice” of mental health - faced by young people in particular - it was clear that we needed to work with the Department for Education to work out how to extinguish those flames.

We set up a joint project team, not only with the DfE, but bringing together two of our key arm’s length bodies, NHS England and Public Health England. Analysts from both departments were also part of this team from the outset – keeping us focused on the evidence base, and supporting the policy development all the way through. There’s a wealth of other expertise on children’s mental health out there too; and our stakeholder engagement work meant that we were constantly testing our thinking with people who knew what would and wouldn’t work, and refining policy ideas. 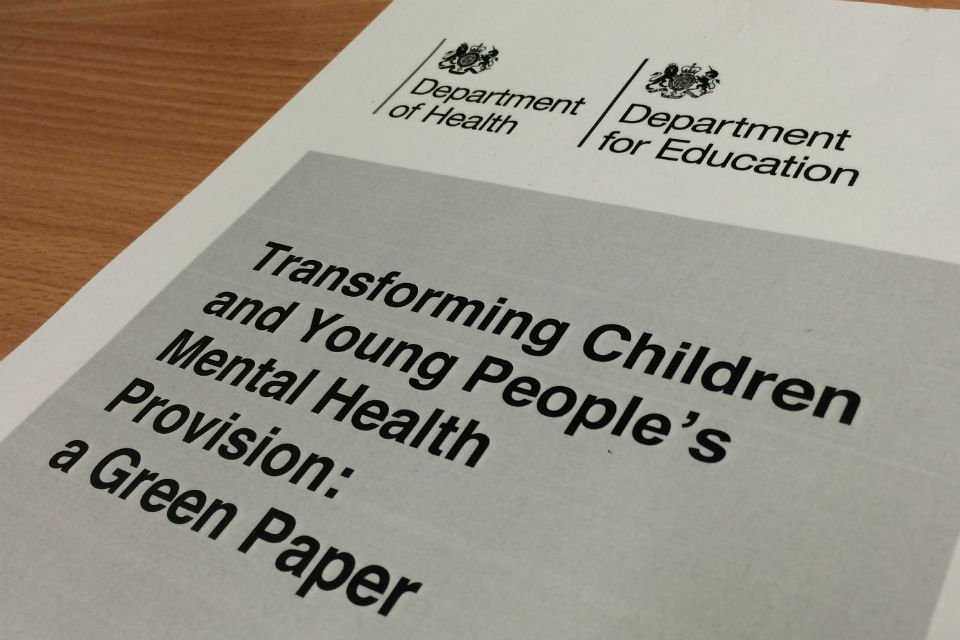 Our Secretary of State was keen that the Green Paper was bold and ambitious, and we think the proposals in the Green Paper we published in December 2017 fulfil that requirement. We’re creating a new workforce of ‘mental health support teams’, working in or near schools and colleges to support children showing early signs of emotional distress; incentivising schools and colleges to train a designated lead for mental health; and trialling a new four-week waiting time standard for access to children’s NHS mental health services. We’ve also announced other proposals for supporting young people’s emotional wellbeing, including a range of ways in which schools can play their part, such as teacher training and curriculum changes; looking at support for 16-25 year olds, a period during which they face particular difficulties; and boosting the evidence base in a number of areas.

We worked with the DfE right from the scoping stage of the project. Weekly project team meetings were combined with many more informal contacts and joint discussions. We ran joint stakeholder engagement events, and frequently appeared at other events as a double-act with DfE colleagues. This demonstration of joined-up government in practice was frequently warmly noted by stakeholders. Close working relationships also made it a lot easier to resolve any differences of opinion or approach along the way. An additional happy benefit of the joint working during the policy development process was that we brought together health and education stakeholders. The result was that both heard the others’ points of view, and we perhaps played a small part in forging greater understanding.

We’re now seeking views on the Green Paper proposals through an online consultation. This is supported by jointly run stakeholder roundtables; a ministerial event to engage parliamentarians (co-chaired by DfE and DH ministers); and joint focus groups to ask young people themselves what they think. So far, we’ve received almost 1,000 responses to the online consultation, and expect many more by the time it closes. You can read the Green Paper here, and we welcome all responses to the consultation here (consultation closes at noon on 2 March 2018). Please do promote it to your networks, friends and families.