This year marks 100 years of the Sex Disqualification (Removal) Act 1919, which paved the way for women’s admission to the legal profession in the UK.

As a lawyer at the Serious Fraud Office (SFO), I see at first-hand the value of diversity in the workplace.

Work to do to achieve parity

Equal access to the legal profession has progressed significantly since 1919. However, we still have some way to go to achieve full gender parity in recruitment to particular functions, promotion to the higher levels and pay.

The Civil Service Diversity and Inclusion strategy sets out the importance of how an effective Civil Service must reflect the society it serves. (Currently, 53.9% of civil servants are women and 44.2% of Senior Civil Servants are female.)

In the SFO, we represent the public by investigating and prosecuting serious and complex crime on their behalf. We would do a poorer job, miss out on valuable expertise, and could discourage members of the public from coming forward as victims and witnesses, if we did not reflect society. So, I am proud to say that the SFO bucks the trend in law with an executive team that is 50:50 female and male.

Lisa Osofsky, SFO Director, is the public face of the organisation. In turn, Sara Lawson QC will be joining as the SFO’s new General Counsel from May.

However, Lisa is not our first female Director. That honour went in 1990 to Dame Barbara Mills, who was hired only three years into the SFO’s existence. Dame Barbara successfully prosecuted the most high-profile case of the SFO’s early years, securing convictions in the Guinness fraud case. Our second female Director, Rosalind Wright, who headed both the predecessor to the SFO and the SFO itself, was also an influential figure in the UK’s fight against serious economic crime. 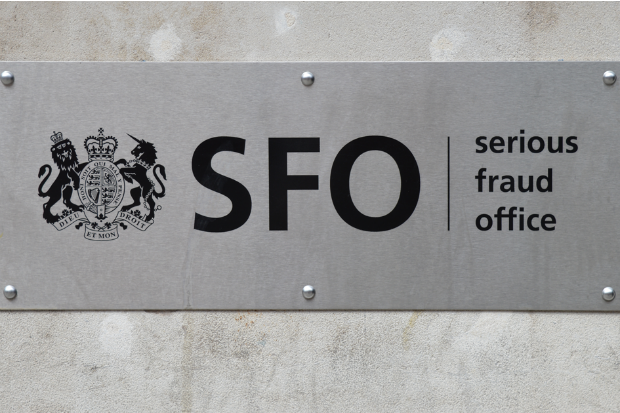 On 1 March 2019, through the SFO, I had the pleasure of attending a Women in Law conference in Vienna, alongside other lawyers from Europe and beyond.

The conference had an emphasis on women in leadership and how to further advance gender equality and inclusion. Emerging from the conference were practical suggestions that, in my view, could advance equality for women in law and elsewhere:

To me, these suggestions are encouraging because they are not all difficult to enact. Most rely on existing processes or simply on awareness of gender equality issues from decision-makers and colleagues.

From the perspective of the legal industry, the centenary of female access to law is a great reminder of the ongoing journey to equality – not only equality of pay, but of opportunity and responsibility. But it should also serve as a reminder to everyone of the historic struggle for gender equality, and that we can all do more to advance equality in the workplace more broadly.