I completed my A levels in 2014 and was struggling to find the right next step. I knew university wasn’t for me – I was keen to start working and ideally settle into a steady career path.

I actually came across a Civil Service apprenticeship during my A level studies, but I was ultimately unsuccessful in securing a place during that recruitment round.

One year later, I was working part-time in retail, technically on a ‘gap’ year. But I was unsure what would be waiting on the other side, and looking back, there was a real risk this period could have lasted indefinitely.

I applied for the same Civil Service apprenticeship scheme after being notified via notgoingtouni.co.uk (a great website for young people looking for alternatives to university) that applications were open again.

I was disappointed to fail initially, but in hindsight I learned so much from my first attempt, I was much less anxious second time round. And this led to an offer with Civil Service Human Resources, based in London, which I accepted with real excitement.

My team were extremely friendly and supportive, taking a keen interest in me being an apprentice, and the learning that I’d be doing alongside my day job. This kicked off a couple of months later, once I had settled in well enough in my job role. 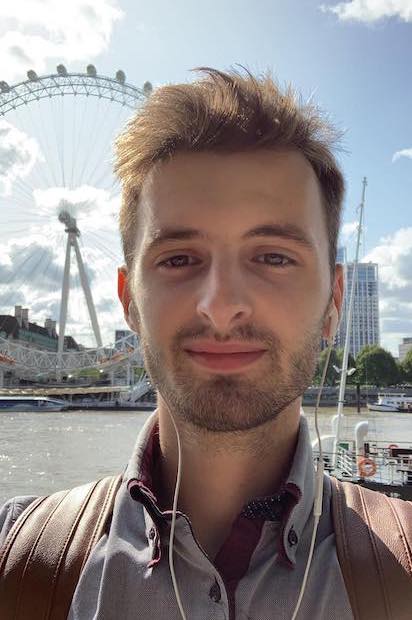 My first role whilst on the apprenticeship was as a Diary Manager, where I managed the diaries and inboxes of a number of senior leaders in my department.

This was a very busy role, and despite feeling like I’d been thrown in at the deep end, I very much enjoyed it as I gained a lot of confidence quickly. It also gave me unique insight into how my department and the wider Civil Service operates.

I later moved into a new role within my department which focused on expanding the Civil Service’s own range of apprenticeships. In particular, I worked on the development of a new apprenticeship standard within the Policy Profession. It was such an amazing experience being an apprentice myself – getting to develop a new apprenticeship from the ground up.

Upon completion of my apprenticeship, I achieved a promotion to the role I am doing now – which is overseeing the Policy Profession’s level 4 apprenticeship standard and various programmes across departments.

Through this role, I have:
● Led on two bulk cross-government apprenticeship recruitment campaigns
● Significantly developed my supplier and people management skills
● Increased my knowledge of policymaking in different departments

Become a trusted subject matter expert on apprenticeships (depending on who you ask.)

In all honesty, I would advise anyone who might be hesitant about applying for a Civil Service apprenticeship to just take the plunge and go for it.

You have nothing to lose but so much to gain – and don’t be disheartened if – like me – it takes you multiple attempts like me to be successful before getting an offer.

Thanks to my apprenticeship, I’ve worked on varied, interesting projects, gained a level 4 qualification to add to my CV, and made many genuine friends for life.

There are a range of apprenticeship programmes that the Civil Service offers suiting different skillsets and interests.

You can view those that are currently open for applications by clicking this link.