With International Women’s Day approaching on the 9 March, and the recent announcement that Melanie Dawes will be taking over Sharon White’s incredibly important role as the Civil Service gender champion, I have been reflecting on women and the civil service.

The first British woman to become a permanent secretary was Evelyn Sharp in 1955 at the Ministry of Housing and Local Government.  She joined the Civil Service in 1926 at the age of 23, before there was universal suffrage and at a time when women had to leave the Civil Service on marriage.

In 1946 she became the equivalent of a Director General and, after a long and tortuous debate, secured equal pay to her male equivalents in an era before the notion of equal pay took hold.  In many ways, she was ahead of her time.  Her career path – working in several different departments, including a stint at the Treasury in war time – continues to inspire women in the Civil Service today.

Thankfully, we have made significant progress since Evelyn Sharp’s time in the civil service, and I am proud that the Department of Health has a particularly strong female workforce.  58% of the Department of Health’s staff are women; we have more women at most of the grades below Senior Civil Service (SCS); we have increased the proportion of women in the SCS feeder grades (G6 and G7) in recent years, and we are exceeding the current civil service average for SCS women at 42% (compared to the 39% average).  We are not, however, complacent, and have a number of initiatives to continue to make progress towards equal numbers and to support women in their careers and progression.

We have upped our game on job shares, learning from other departments and encouraging their use as a working pattern, at all levels, in the Department.  We have recently seen SCS women making job shares work very effectively and promoting their use to all staff, both men and women.

We strongly support flexible and part-time working – 14% of our staff work part-time, with 86% of those being women - and are involved in the cross government project on flexible job and team design, initiated in response to the recently published Women in Whitehall report.  This will share advice and tips from across the civil service and other external organisations to support managers and their teams to have confidence to make flexible working patterns work more extensively and effectively.

We have an active Women’s Network in the Department of Health, working to showcase female role models at all grades with monthly speaker events to share different career experiences and reflections.  Our aim is to encourage women and men to learn from each other, and to challenge and break through barriers – whether these be work-based or more personal – to fulfil potential.

We also offer safe spaces for women to coach and mentor each other, and offered preparation for interview training during our recent promotion Gateway exercise.

Women in the NHS and social care

The Department is responsible for leading and setting direction for a system which both heavily relies on and strongly delivers for women, and tries to also act as a role model to the public services that we lead.

The NHS and care system is both high profile and a huge employer and the latest census published by the Health and Social Care Information Centre records that 78% of staff directly employed by NHS organisations are women.  Many of these are working part time and with flexible patterns that benefit both individual staff and the models of care services that the NHS delivers. 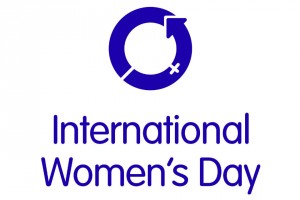 In terms of leading-edge policy, there are many examples of advances in health and care policy and its delivery that have had significant benefit for women.  Policies to reduce the practice of Female Genital Mutilation, to promote awareness and provide support for victims of domestic violence, and improvements in maternity policy and services, are just some examples.  The Department’s contribution to International Women’s Day hosted by the Ministry of Justice on 9 March will explore the positive impact that maternity services have made to women’s health.

I am incredibly proud of the numerous and varied contributions that the Department of Health and the Civil Service make to the women’s agenda.  I would encourage anyone who is interested to follow online the Ministry of Justice's International Women’s Day event on 9 March. It promises interesting workshops and inspirational speakers, and further details can be found in Ursula Brennan’s recent post.