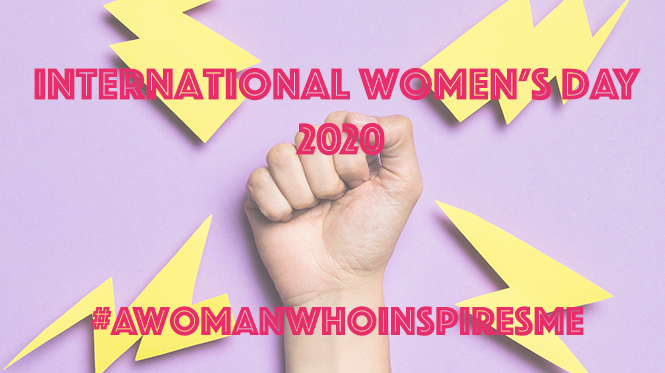 I have a long-held admiration for Jane Archer, nee Sissmore. Jane was described on page 122 of the MI5 authorised history as one of the “most remarkable wartime recruits”. She joined the organisation in 1916 and rose up the ranks to become an Officer in 1929. This promotion to Officer made her the first woman in the organisation to break that particular glass ceiling. If that wasn’t enough, in her evenings she was studying to become a barrister – gaining a first and subsequently joining the bar at Gray’s Inn in 1924. A year earlier, she had received an MBE for her service during the First World War in 1923, to add to her many accolades.

The rest of her career is equally fascinating, but she has an additional legacy. She was the first female civil servant I ever came across in a history book. She is a large part of the reason I wanted to be a civil servant when I grew up. During my admissions paperwork I was asked how I was going to juggle full-time work and part-time study. My argument came back to Jane. If she could study and serve the Government during the First World War then I should be able to negotiate a PhD alongside my Civil Service day job in 2020.

In the course of my own PhD research, where I am looking at particular bits of the Civil Service from 1935 to 1952, I’ve come across another trailblazing civil servant: Dr Margaret Miller. She had an equally fascinating life as an academic before bringing her expertise into government service.

Margaret Stevenson Miller was born in 1896. She went on to study accounting at the University of Edinburgh; their business school website boasts that she was their first graduate in 1920. She then came down to London to study for her doctorate and became the first student to graduate from the University of London’s School of Slavonic and Eastern European Studies in 1925 (the school is now part of University College London). Her first book, based upon her doctoral thesis, was published the following year: The Economic Development of Russia 1905-1914, With Special Reference to Trade, Industry and Finance. Between 1928 and 1934, Dr Miller was a lecturer in the Department of Commerce at the University of Liverpool.

In 1932 she married one of her colleagues, Dr Campbell. However, in February 1933 the university instigated a rule that, upon marriage, their female staff must have their employment contracts terminated; those married women that wished to remain as staff would need to reapply for a job. Dr Miller was offered a one-year contract as an ungraded lecturer, a demotion, and at the end of that contract she would have to reapply once again for a role. According to papers at the UCL Archives, Dr Miller disagreed with the university and she decided to fight the decision. Colleagues, friends and even The British Federation of University Women became involved in her cause. Little over a year later, the University abandoned its marriage ruling; a victory for Dr Miller’s campaign it would seem. Sadly not – her job was advertised in 1934 and she was notified that “there is a reasonable presumption that (unless the field should prove unexpectedly weak) another candidate will be preferred.” This document has survived in the staff papers, now housed in the special collections at the University of Liverpool.

During the early part of the Second World War, Dr Miller was based at Balliol College, Oxford, in the Foreign Office’s Research and Press Service (FRPS). The Foreign Secretary in response to a question in the House of Commons, stated that the FRPS provided “research and reference facilities on international questions for the use of all Government Departments, and to follow and review opinions and tendencies in the foreign Press.” Research by others has shown that the FRPS had a much bigger and secret remit too. In 1943, FRPS moved back to London and was renamed: it became the Foreign Office Research Department. Papers held at UCL indicate that Dr Miller went on a brief secondment as a Russian economics expert to the Office of Strategic Services (OSS) in Washington D.C. Some staff from OSS went on to have roles within the Central Intelligence Agency; I’ve not been able to find exactly what it was she did on secondment. While in Washington, she also managed to fit in some teaching at Georgetown University.

The Foreign Office List and Diplomatic and Consular Year Book(s) have been phenomenally helpful for my research in piecing together individual careers, and Dr Miller appears again in the yearbook for 1948. By this time, she was the policy official responsible for the USSR within the Economic Intelligence Department (EID), part of the Eastern Department within the Foreign Office. She left government service shortly after and went on to the Central Electricity Authority where, according to her papers at the University of Liverpool, she remained for the rest of her career. Three years before her death, her doctoral thesis was republished. She continued to tutor, publish and speak about Soviet economics throughout her life in addition to her various day jobs. Dr Miller died in London in 1979.