Back in the summer I wrote here about the creation of two new government departments resulting from the outcome of the EU referendum. Change on this scale clearly represents a significant challenge for the Civil Service, but it is one we have moved rapidly to meet.

Creating a new department is, of course, something that the Civil Service has done many times before, but each occasion is testing in its own way. In the case of the Department for Exiting the European Union (DExEU), the challenge has been to create a department covering a completely new policy area from a standing start and for a time-limited role, something unprecedented in our recent history.

DExEU will support the Secretary of State and ultimately the Prime Minister as they lead the UK’s negotiations to leave the European Union. A central part of this role will be establishing a new trade and economic relationship with the EU. In addition, DExEU will continue to lead government’s work in supporting and coordinating ongoing EU business. Taken together this is a huge programme of new work and we must be sure we have the right people, with the right skills in place, while taking care to keep the department lean and focused.

Resourcing a new department is far from a straightforward process, but the DExEU team have done a great job in guiding the department through its first couple of months. During that time the department has recruited a strong senior team, headed by Oliver Robbins as Permanent Secretary. Olly has wide-ranging experience of government, having had roles at HM Treasury, the Home Office and No. 10, and in national security, making him ideally placed to lead the department, reporting to David Davis, the new Secretary of State.

DExEU have now begun the process of resourcing the rest of the department. Part of this will be achieved by drawing on pre-existing knowledge and capacity. The European and Global Issues Secretariat (EGIS), the FCO's Europe Directorate, and the UK’s Permanent Representation to the EU have all been incorporated into the department and staff with specific expertise are being recruited from across government. They are also working with departments to ensure they have the capacity that they will need as Britain leaves the EU. 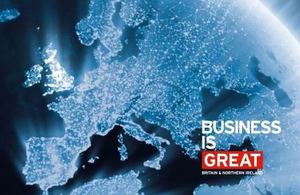 The new Department for International Trade (DIT) has responsibility for developing, coordinating and delivering the UK’s broader trade and investment policy. This includes preparing for the negotiation of the UK’s position within the World Trade Organisation and market access deals with non-EU countries. DIT will also provide direct support to businesses to drive UK exports and inward/outward investment, including leading a ‘One-HMG’ approach to the levers that impact trade.

Like DExEU, DIT has already appointed an experienced senior management team, with Martin Donnelly at its head until the new Permanent Secretary is appointed following an international search. Under Martin’s leadership, DIT is now drawing upon the best talent in the Civil Service as it expands. The new department has been formed from three previous bodies – UK Trade & Investment, the Trade Policy Directorate within the former Department for Business, Innovation and Skills, and UK Export Finance. It therefore already has a strong capable trade policy nucleus to build on, as well as a good knowledge of UK export sectors and overseas markets.

The challenge of putting into effect the decision to leave the European Union has been called the biggest and most complex that government and the Civil Service have faced for generations. The Civil Service has been quick to respond. In establishing these two new departments we have demonstrated, once again, our ability to react at pace, flexibly and effectively to new and, in this case, unprecedented circumstances.

Central to the success of this work to date has been the collaboration across Whitehall to identify innovative solutions to the issues we face.

As David Davis, Secretary of State for Exiting the European Union, has said:

Supporting me are … some of the brightest and best in Whitehall, who want to engage in this national endeavour. We are still growing rapidly, with first-class support from other departments.

There are, of course, still challenges ahead, but I have absolute confidence that by continuing to work in this dynamic and unified way we will deliver the best possible outcome for the country.