The first 100 days of any new government tend to be testing. In Wales, a new Labour administration took up the reins in May. Close watchers of Welsh politics will know that there was a fair bit of drama involved in the formation of the new minority administration. It’s only been a few weeks since then, but in some ways it seems like another age.

While the implications of the UK’s exit from the EU are still emerging, what is absolutely certain for the new Welsh Government and its First Minister, Carwyn Jones, is that the economy remains the number one priority. People in Port Talbot – where thousands of jobs still hang in the balance as negotiations on the future of the British steel industry continue - want to know that both the UK and devolved governments are doing everything possible to protect the future prosperity of their community. This remains at the top of the agenda for the Welsh Cabinet. Intensive discussions with Tata Steel in Mumbai and the Wales Task Force, headed by our Economy Minister, have continued throughout the uncertainty of the last few weeks. 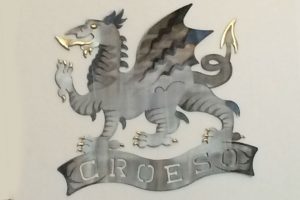 In recent years, Wales has punched above its weight in attracting inward investment with a strong team approach.

Some of the more eye-catching successes include Aston Martin, which in April announced its decision to site its second manufacturing plant in St Athan, following stiff competition from 20 other potential locations around the world. This will create 750 highly skilled jobs, with a further 1,000 created along the supply chain and local businesses as a direct result of the investment. Growth in the automotive sector has been replicated in the aerospace sector, in life sciences and elsewhere.

This impressive picture of companies choosing to move to – and grow – here is feeding through to the wider economy, and Wales currently has the lowest rate of unemployment in the UK.

These successes have been hard won over many years. What we hear from businesses choosing to locate here is that the close and responsive nature of the relationship they have with devolved and local government is a critical factor in their decision-making.

Since the referendum vote last month, our ministers and Civil Service team have been working closely with Welsh businesses and inward investors to give them as much reassurance as possible and are listening closely to their concerns.

Our message is that Wales is one of the best places in Europe to do business – and that we continue to be, despite the uncertainty. If anything, we will be striving to improve our national ‘offer’.

As a small country, we have strengths and opportunities that many others do not. Whatever unfolds in the months and years ahead, the priority for Wales will be to do everything possible to leverage those strengths; to create jobs and prosperity and to continue proving that there’s a welcome in the hillside for the likes of Aston Martin and Airbus.