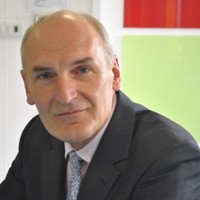 With 24-hour news and social media now an established part of public life, it’s been a very long time since recess was a code-word for relaxation – either for the Civil Service or for the ministers we serve. But it is still true that the frenetic pace of government business does become a little less intense during August and I hope, like me, that most readers of this blog have managed to find a bit of time to relax, reflect and re-charge during the summer.

One of the things that has been on my mind is the fact that, for the Welsh Government, this will be the final term before the Assembly elections take place in May.  So, while the new UK Government has completed its first 100 days, and colleagues working within UK Government departments are getting to grips with a new government programme, in Wales we are at a very different point in the political cycle. For us, recess ends next week and, inevitably, the nine months ahead will mean increased pressure and scrutiny as we work to complete delivery of the Welsh ‘Programme for Government’.

We have already come a long way on the UK devolution ‘journey’, and we all need to get used to and manage the complexities of these different cycles of democratic accountability and government delivery – as well as the occasional tensions that surface as a result. Philip Rycroft and his team at the Cabinet Office are building understanding about devolution and what it means for the Civil Service to support three elected governments, not just one. If you get the chance to attend one of the devolution learning events the team has set up, then do go along.

And it isn’t just political cycles that have diverged. Increasingly, the constituent parts of the UK are taking different paths when it comes to public policy. For example, on organ donation, the Welsh Government has legislated to make donation ‘opt-out’ rather than ‘opt-in’ – a piece of legislation that prompted media attention across the world and a considerable amount of passionate and keenly argued debate at home. Emerging differences in policy on the sale of council houses may also take England and Wales down very different paths when it comes to social housing.

For the Civil Service, I think these differences should be an, as yet, unrealised strength for the UK as a whole. Although the four parts of the UK are diverse in terms of culture, geography and demographics, there is clearly much we share. Having the opportunity to see what works, to learn from each other and to use that evidence to improve both policy-making and public services should be something from which all governments can benefit.

This is one of the reasons why I‘m really glad to be joining the Civil Service Board.

Having discussed the benefits of secondments and shadowing with Olly Robbins and his team, I am impressed and heartened by the good work being done to develop an interchange programme to promote this kind of learning across the whole Civil Service.

So if you fancy finding out why Cardiff regularly features in the league tables of best European cities in which to live, do think about taking part in the interchange programme when it’s launched next month.