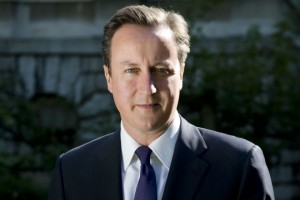 I want to say a big thank you to everyone in the civil service for the fantastic support that you have given to me over the last five years as Prime Minister.

It is incredible to think what has already been achieved in the last Parliament and I really appreciate how hard you have worked to make it happen. From more than 600 commitments in the Coalition’s Programme for Government and Mid Term Review to the Long Term Economic Plan, your hard work is changing lives up and down the country.

Last year our economy grew faster than any other major economy in the world. This year, the deficit will be halved as a share of GDP. Employment is going up more than in the rest of Europe put together, with a thousand jobs created a day and youth unemployment at the lowest level since the 1970s.

Underpinning our economic reforms, you have delivered some really transformative projects. From the largest programme to get people into work since the 1930s and the creation of a National Citizen Service available to 16 and 17 year olds - to a reform of education and skills that has seen over a million more pupils taught in good or outstanding schools, the highest ever university application rates and more than 2 million new apprenticeships started.

Thanks to your efforts, this will be the first Parliament in modern history to have reduced the overall burden of domestic regulation. You identified over 3,000 pieces of regulation to be scrapped or improved, saving businesses £850 million per year. You have helped over 200,000 people to buy or reserve a property and overseen the delivery of more than 2,650 different infrastructure projects, including over 500 flood and coastal erosion schemes.

And let’s not forget your work on some of the biggest events in history. Our NATO Summit in Wales welcomed 60 Heads of State and Government and over 4,000 delegates, requiring one of Britain's largest ever peacetime security operations. While the whole of government came together to support the unforgettable 2012 Olympic and Paralympic Games, when the world saw our country rise to the challenge and put on a fantastic show that will live long in the memory.

These are just a few of the things you have delivered. As a politician I can set the strategy but I know that real change happens because of what you do. You have done all this and so much more against the tough backdrop of a 17 per cent reduction in civil service headcount and billions of pounds of efficiency savings. These were necessary measures in dealing with a record deficit and in building the faster, bolder, more nimble and less bureaucratic system that Britain needs to compete in the modern world. But I still understand how tough it has been and that makes me appreciate your work all the more.

I also want to pay a special tribute to our security services and to all those who are working to advance our national interest overseas. Our diplomats have gripped the challenge I set them to sell Britain to the world. Our aid workers continually put their lives on the line in the service of others, from fighting disease in Sierra Leone to supporting the development of strong and accountable institutions in Afghanistan. We owe our security services an extraordinary debt of gratitude for all they do to keep our country safe from threats at home and abroad.

I very much hope to have the opportunity to carry on through the next Parliament and to finish the work we have begun. But whatever happens in the election there is one thing I know. Britain’s civil service will remain a source of great pride and your values of integrity, impartiality, honesty and objectivity will continue to be respected and admired around the world for generations to come.