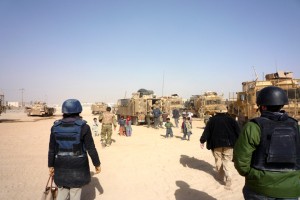 The attack on a British Embassy car in Kabul at the end of November was a stark reminder of the dangers faced by some of our Civil Service colleagues working overseas.  In that incident, a locally employed member of staff and a security contractor protecting the Foreign & Commonwealth Office (FCO) team were killed, while a second member of the security team was injured.

Such fatal incidents are mercifully rare and we work very hard to avoid them. But they illustrate the risks that civil servants run in the national interest on a daily basis, and which they accept as part of the job, while HMG does all it can to protect them.

While you might expect the FCO, Department for International Development, the British Council and Ministry of Defence (MOD) to have large teams overseas, in all, as part of the One HMG Overseas agenda, staff from over 25 government departments work in our diplomatic posts around the world. 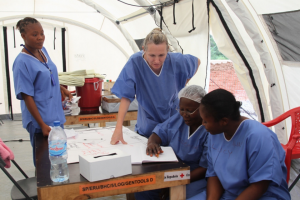 Alongside civil servants and diplomats from the UK, locally employed staff play an invaluable role. They share the goal of defending British interests in the countries where they work, and a belief that through partnership we can play a positive role internationally. For example, as part of the UK’s response to the Ebola crisis in West Africa, civil servants from across Whitehall volunteered their services, reacting to what the PM called a ‘moral obligation to help’. We now have over 1000 diplomatic, development and military personnel in Sierra Leone, delivering our joined-up effort to contain and eradicate the outbreak.

The environment in which some of our posts operate is particularly hostile and, as well as facing the danger from disease, the threat of terrorism, violent crime or civil conflict is a constant and growing concern.

Recently, in Tripoli, an MOD car was shot at and, in a separate incident, heavy-calibre rounds were aimed at the UK compound – including 1 that went through a bedroom window. British civil servants have been victims of violent crime in several countries, and lately packages containing suspicious substances have been sent to 2 of our posts. In Mogadishu, staff were forced to take cover in early December as mortars were fired overhead; and again, on Christmas Day, when Al Shabaab gunmen broke into the airport compound.

Some posts are quite unsuitable for family life, and what we would consider normal living conditions are significantly restricted on security grounds. Staff live and work together, and often cannot leave the embassy compound except for critical meetings or to visit projects – when they will usually have to wear body armour and helmets, and be accompanied by security teams.

We also have some Very Small Embassies and Posts (VSEPs) with only 1 or 2 UK-based members of staff, supported by a small locally employed team. Medical facilities and IT infrastructure in these posts are often poor and isolation can be an additional pressure on staff and their families.

We work ceaselessly to guard against incidents and minimise the risks to staff on the ground.

The FCO has an extensive security operation that includes a cadre of specialist overseas security managers who, co-ordinating with colleagues in London, provide advice, training and equipment appropriate to the threat.

Care for our staff and their family is, therefore, a key priority.  We have a robust duty of care framework to ensure their psychological wellbeing as well as their personal safety.  For those in particularly tough posts, we provide a travel package to allow staff to escape the pressures they face in their daily lives, and to enable regular family reunions. Some other examples of the support we provide include:

So as we start 2015, I’d like to take this opportunity to thank all those civil servants working in risky and potentially life-threatening jobs both overseas and at home. I know that, as well as being risky, this work can be exciting and extremely rewarding. We are there for a reason: to make a positive difference in the world. You do an extraordinary job!