The 7 days from the Referendum will be amongst the most momentous we shall experience as civil servants here in Scotland. Hard on the announcement of the result, the Prime Minister announced the Lord Smith process and also raised further devolution in Scotland to a resolution of the West Lothian question. A few hours later, the First Minister announced his intention to step down and we awoke on Saturday to a new landscape. 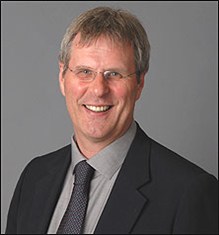 This has been an intense passage for those working for the Scottish Government, stretching back over a number of years, as we have supported Ministers in competent government whilst engaging on an epoch-shaping passage of constitutional change. Through this period we have worked to keep our eye on the long-term health of the organisation. It is so easy in our work to see life as one policy challenge after another, and to give insufficient attention to the means by which they become soluble – the skills, engagement and morale of individuals and teams. We have thus sought not only to manage the risks to the organisation, but also to take the opportunities presented for growth and development. And we have sustained an organisation which nurtures and values.

So the Civil Service in Scotland is in good heart and now very much part of the on-going process, with one of our senior Cabinet Ministers appointed to Lord Smith’s panel and contributing to the joint civil service team being formed in support. A challenge for all concerned will be to match the shared desire for a speedy resolution with wide expectations for engagement and meaningful consultation.

Permanent Secretaries spent some time last week on the consequences of the referendum. The constitutional process has been well mapped in the public prints but an under-appreciated aspect has been the depth and range of working contact between the two governments at Ministerial and official level. This has delivered on both the usual business of government and on constitutional affairs.

These contacts have been constructive and collegiate even where the governments have taken different positions. They enabled the Edinburgh Agreement of October 2012, allowing the referendum to be undertaken in a legal, consented way which has won praise for both governments around the world.

These strong working relations are a critical component of the evolving devolution settlement. The Civil Service Board was keen at the meeting last week to understand how we might extend the depth and range of those contacts among the UK administrations through an imaginative approach to development, secondment and interchange.

This is important as there are currently very few civil servants with recent senior experience in more than one of the UK’s governments.

Two who do are Philip Rycroft, Director General in the Deputy Prime Minister’s Office and Ken Thomson, Director General for Strategy & External Affairs in the Scottish Government. The Civil Service Board has asked Ken, Philip and others to produce some proposals in this dimension in the next couple of months.

It would be great to hear your ideas.