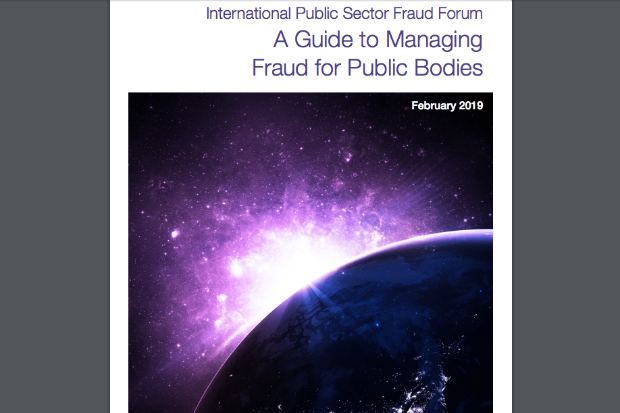 Fighting fraud is a crucial part of the Government’s work.

When successful, fraudsters’ crimes have a devastating impact on individuals’ lives. We know many people depend on public services, and that is why it is important we do all we can to stop money being diverted away from the public purse.

This week, delegations from the International Public Sector Fraud Forum (IPSFF) are meeting in London. It is truly impressive to see how much has been achieved by a Forum set up only a year ago.

Looking back to when I spoke at the Forum last year, I am extremely proud of the progress that has taken place in such a short space of time.

Our achievements show we are innovating and going further and driving our work not only in the UK but with our international partners through the IPSFF.

However, we are not finished.

Fraud is a constantly evolving crime that finds new ways to threaten the public sector and our economy as a whole. It is our responsibility to make sure we have the appropriate counter fraud measures in place. This means the capability we put in place to fight fraud must also constantly evolve.

We have strengthened our counter fraud response because we have acknowledged that fraud is an unwelcome reality in any organisation, and denying its existence does not make it go away. To fight fraud, you have to grow a culture that encourages openness about fraud, from the bottom right to the top.

Success in fighting fraud comes from finding it first.

That is why, in the 2018 Annual Fraud Landscape Report, we were pleased to report a rise in detected fraud in central government. By finding more fraud we are helping to reduce its impact.

This shows why the initiatives delivered by the Centre of Expertise for Counter Fraud, working from the Cabinet Office, have been so critical.

Our achievements have not come overnight but rather are the results of several years of hard work to change the way we think about and manage fraud in the UK.

This can only be good for citizens, and bad for fraudsters.