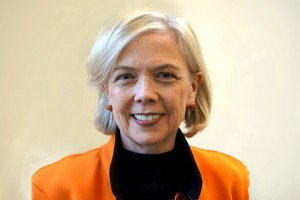 Congratulations to all the Civil Service departments and agencies who were ranked in the Stonewall 2016 Top 100 Employers list, published earlier this week.

The list showcases the best employers for lesbian, gay or bisexual staff, and celebrates pioneering efforts to create inclusive workplaces. More than 400 organisations - the highest number in the initiative’s 12-year history - contributed to the 2016 Workplace Equality Index, from which the top 100 are drawn.

The Home Office has again been named one of nine Stonewall Star Performers, having ranked in the top ten for at least three of the previous five years. You won’t find the Home Office in the top 100. As a Star Performer, they have graduated and will work with Stonewall on initiatives to define future best practice, sharing their expertise so that other organisations can follow in their footsteps.

Congratulations also to civil servants in the Welsh and Scottish Governments, the National Assembly for Wales, the Office for National Statistics, the Land Registry, and the Crown Office & Procurator Fiscal Service, who also came in the top 100.

Most of all, a huge well done to the the Security Service, MI5, who topped the list for the first time! This is an amazing achievement, underlining their commitment to diversity and inclusion. The Army, Navy, and MI6 also featured in the Top 100, so we can feel real 'Pride' in our protective services, generally!

This success reflects the hard work on diversity that has been going on right across the Civil Service in 2015. To pull out just a few highlights: we refreshed the Civil Service Talent Action Plan, developed our two-year Removing Barriers programme, appointed internal diversity champions and external diversity advisors, signed up to the Stonewall ‘No Bystanders’ anti-bullying campaign, and have continued to expand our Positive Action Pathway. It’s an exciting time to be working in the Civil Service.

2016 will be just as busy as we push ahead with a range of new initiatives targeting recruitment and selection. In October, the Prime Minister announced that the Civil Service would be removing the names and other identifying indicators from selection panels to reduce the risk of unconscious bias affecting the results. We are also expanding the Civil Service Fast Track Apprenticeship scheme, specifically aimed at improving social mobility.

Our aim is, of course, for all government organisations to improve the score they are awarded by Stonewall every year. However, just going through the process itself is enormously beneficial. By doing so we gain the benefit of learning from others, but also get to share the good practice that we’ve developed ourselves. Stonewall has always given valuable feedback to all entrants.

Once again, congratulations to all parts of the Civil Service included in the Stonewall Top 100. You thoroughly deserve this recognition and I hope you are as proud of it as I am. I look forward to reporting back when the 2017 list is published on what I’m sure will be another successful year for our diversity agenda.