Ten years ago in April, Her Majesty’s Revenue & Customs came into existence.

Its antecedents lie in the mists of time. Certainly, ever since I can remember, Chancellors contemplated merging the Inland Revenue with Her Majesty’s Customs and Excise.  But they invariably pulled back from the brink, concluding that the transitional costs would be too high and the benefits too uncertain. The conclusion of successive reviews, refereed by the Treasury, was that closer working between the two departments was the best way forward.

That all changed in March 2004, with the publication of the seminal O’Donnell review, which recommended merger of the two revenue authorities. Looking back on it, I am surprised the merger had not happened earlier. Both departments were in the business of revenue collection, and though the cultures of each were different – the heroic 18th-century exciseman manning the cliffs and coves of Cornwall was rather different from the more prosaic 19th-century clerk who processed income tax returns – with the introduction of Value Added Tax in the 1970s, they became much more alike.

The O’Donnell review also recommended that ‘strategic’ tax policy responsibility should pass to the Treasury, with HMRC remaining responsible for ‘policy maintenance’, which included drafting the Finance Bill. Some 150 posts were transferred to the Budget and Public Finance Directorate. I remember, because I was in charge of it, ably supported by four first-rate directors: Mike Williams, Dave Ramsden, Edward Troup and Tony Orhnial (two of whom were from the Revenue, one from the private sector and one from the Treasury). The new challenge was to create a ‘policy partnership’ with HMRC, which was much facilitated by HMRC moving into the building at 100 Parliament Street (vacating Somerset House and New King’s Beam House in the process). 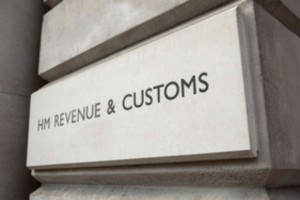 Ten years on, what are the lessons?

First, I think the merger has been a great success. Revenue and Customs officials have done a fantastic job over the last decade on pretty much every metric. The department has pioneered ‘lean’ processing techniques, leading the way for the public sector. The department has delivered innovative IT projects on time and to budget. The HMRC of today is much leaner and fitter: it has shed some 40 per cent of its staff, and it is more focused than ever on getting the revenue in. There are also genuine synergies, for example in having one debt collection function.

Secondly, effecting the merger was very hard work and carried genuine opportunity costs. For example, I am quite certain the threat of MTIC  (Missing Trader Intra-community) fraud (which cost several billion pounds) would have been picked up earlier if senior management had not been so focused on addressing the people issues of merger. It is also striking that during the time I have been Permanent Secretary, I have worked with five different HMRC permanent secretaries: David Varney, Paul Gray, Leslie Strathie, Dave Hartnett and Lin Homer. And  in recent years, we have begun to see the benefit of a more settled senior team under Lin Homer and Edward Troup.

Thirdly, there is unfinished business. The relationship between HMRC and the Treasury is like a marriage: you have to work at it. And I think at some points in the last 10 years we have not worked hard enough. Fortunately, things are much better now. For example, James Bowler sits on Lin Homer’s Executive Committee, and Edward Troup sits on our Board. There have been huge benefits in having a single departmental minister in the form of the Financial Secretary, David Gauke, these last five years, just as Dawn Primarolo’s stewardship over a decade as Financial Secretary and then Paymaster General provided a stable platform for the merger. But I would still like to see greater interchange between our two departments and I would like us to give more recognition of the special relationship – with the Treasury acting as a better-informed and more effective shareholder.

Meanwhile, some 50 days late, I would like to wish HMRC a very happy 10th birthday!