The Cabinet Office was set up as a secretariat in 1916 under the first Cabinet Secretary, Maurice Hankey, to bring greater order and focus to the war effort, with proper records of discussions, conclusions and agreed actions. It has evolved and grown organisationally over the last 100 years, but its role as a central coordinator of government policy and its implementation remains essentially unchanged.

Our conversation acknowledged the sometimes mundane but always necessary business that helps keep government running and takes up most of our time – Cabinet committees, meetings, visits, managing permanent secretaries, leading the Civil Service, and so on. It also highlighted the crises that every Cabinet Secretary has to deal with – from extreme weather events to wars, from livestock epidemics to financial crashes.

The Cabinet Office has been at the heart of managing the government response to all of these.

I asked my panel colleagues why the department is important and why it makes government collectively stronger. They made different but related points that together paint the bigger picture of the Cabinet Office’s unique place in government.

Robert Armstrong drew attention to the department’s physical and organisational proximity to the Prime Minister, the Cabinet and the centre where policy is decided and priorities set.

For Robin Butler, a feature of the Cabinet Office was that it was “neutral” on policy, and therefore more likely to have the confidence of other departments. Richard Wilson added that this supported collective government, balancing power, and gave the best chance of making good decisions on important issues.

Andrew Turnbull said the Cabinet Office fulfilled three important functions: giving direction to the business of government; developing resources, whether in terms of people or the structures they operate in; and setting a cultural and ethical framework for government.

Gus O’Donnell highlighted two complementary Cabinet Office functions: ensuring continuity and, on the other hand, being a place “where things start” – a hub of innovation for smarter, more efficient ways of working that spread throughout government. He mentioned, as examples, the department’s vital role in carrying on business as usual during the transition between governments; and the work of the Behavioural Insights Team, the first of its kind in the world, which began in the Cabinet Office. Now spun out of government, the team apply behavioural science – the study of what people actually do in given circumstances – to make better policy. The principles behind the so-called ‘Nudge Unit’ now inform the development of public services across government and beyond.

As the Cabinet Office embarks on its second century, I want to look not just at where it has come from but where it – and the wider Civil Service – is going. 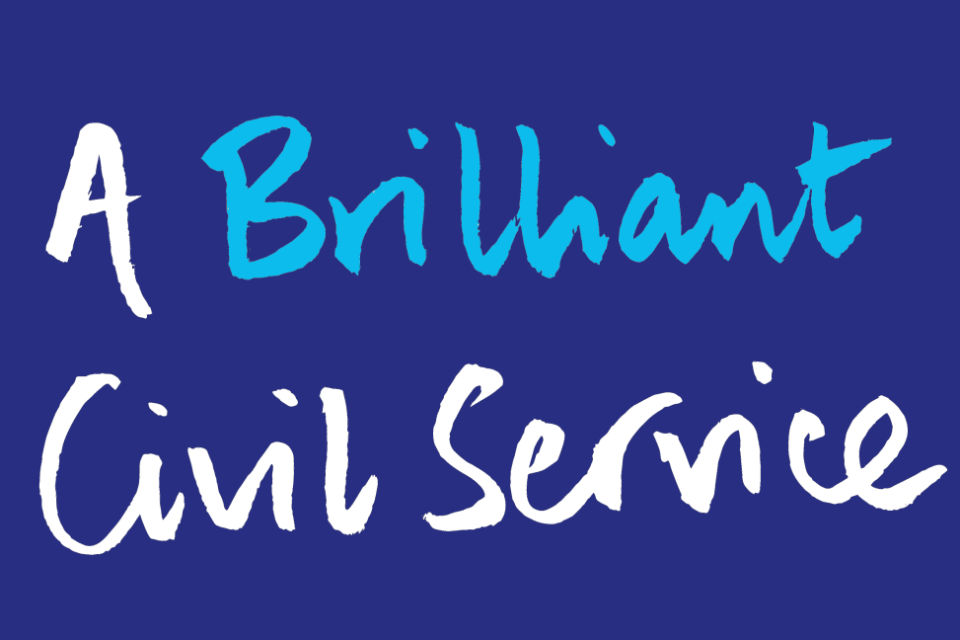 The first thing to say about the Civil Service is that it is hugely different to the organisation I joined in the early 1980s. It is more efficient, less hierarchical, less tolerant of delay and – thanks to digital technology – works at a much faster pace. It has added to its traditional strength in policy advice by building capability in areas such as commercial and technology, leading to the creation of modern, efficient digital services that make people’s lives easier. Culturally, it is much more diverse and inclusive. In terms of gender, 40% of the Senior Civil Service are now women, which is better than many leading private sector organisations. It is absolutely our aim to keep that figure rising, and it is one of my objectives to have a gender balance in the shortlist for the next Cabinet Secretary. This is all part of realising our ambition for the Civil Service to be the most inclusive employer in the country.

So, adding to my predecessors’ views, I believe that what makes the Cabinet Office important and so effective is the quality of its people. The immediate future holds the biggest and most complex challenge to the Cabinet Office, and the Civil Service as a whole, for a generation or more: managing the exit from the European Union while continuing the day-to-day business of government and serving the public who pay for us. The history of the Cabinet Office shows that the department and its staff are well up to the challenge.