Today, at the 11th hour of the 11th day of the 11th month, the country will pause and remember all those who have died for our country in armed conflict.

On Sunday, Remembrance Day, we will gather as we do every year at the great Lutyens monument to the dead, the Cenotaph in Whitehall (so positioned, it is alleged, so that no Prime Minister can go to Parliament to propose taking the country to war without being reminded of the human consequences), and at war memorials across the land. The ceremony is familiar in its simplicity and power: the bands; the Queen; the silence; the men and women, old and young, marching with pride; the sound of distant gunfire; and then the gradual reassertion of the bustle of normal life into the stillness.

Before I joined the Department for Culture, Media and Sport (DCMS) I, like most people, didn’t give much thought to who organised the great events of state that punctuate our national life. Now, I stand watching the events unfold at the Cenotaph with a mixture of anxiety and pride as my team, supported by colleagues from the FCO and the MoD, quietly and efficiently unfold each familiar element of an event that is watched by millions across the world. Will the ‘newbie’ High Commissioners have listened to their briefing and get the wreath-laying right? Will all the big screens work on Whitehall? Will it rain? Will any of the choirboys faint? Will the Second World War veterans be alright? And then the relief when it is all over, and the team can move on to focus on the next state visit, or one of the big ceremonies to mark the centenary of the First World War. 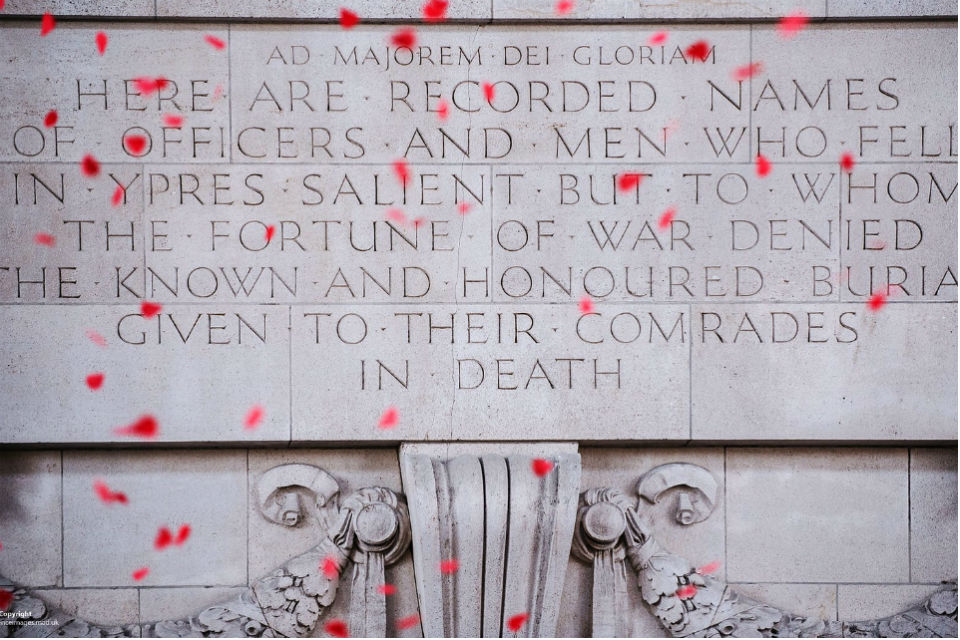 Next Friday, some of my team will attend a small ceremony at Lutyens’ other extraordinary monument, at Thiepval, to the 72,000 missing of the Somme. That battle ended as the snow fell, 141 days after it had begun, in bright sunshine, on 1 July 1916. Like many others I knew something of the scale of the casualties of this bloodiest of battles, but this summer I have learned so much more: about the first use of tanks and the development of tactics that would eventually lead to the breakthrough at Amiens in 1918; about the extraordinary logistical effort that was required to support one million men; about the spirit and tragedy of the Pals Battalions; about the wonderful music of George Butterworth, who was killed in the battle; and the poetry of David Jones, Siegfried Sassoon and Isaac Rosenberg.

I am not sure that any of us in DCMS, when we started thinking about how to mark the centenary of the First World War, anticipated the huge levels of interest and engagement we have seen. Over 16 million people turned their lights out on 4 August 2014 to mark the moment that we went to war. Audience approval ratings for the big events screened by the BBC to mark Gallipoli, Jutland and the Somme are the second highest ever recorded – beaten only by London 2012. And over 30 million people were surprised and moved by the appearance of ghost soldiers on the streets of towns and cities across the UK on 1 July.

I am really proud of the way in which DCMS has led and shaped these commemorations, focusing on the themes of youth, education and remembrance set out in 2012 by the then Prime Minister. They have insisted upon the highest standards of historical research and interpretation; used the most modern techniques to communicate and engage the public, and enlisted the support of our greatest artistic and creative talent to provide a fitting contemporary response to the events a hundred years ago.