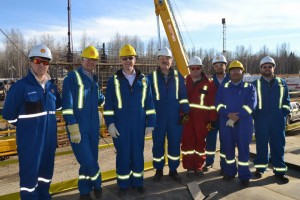 The UK science advisory system is undergoing a quiet revolution. There is increasing recognition by government of the importance of reliable evidence to aid the development of effective policy.

Reforms of the Civil Service encourage policy makers to be more open in their work and to look for rigorous evidence. This is creating a greater call for scientific input, and encouraged by an emphasis on maximising the impact of publicly funded research, scientists are pushing to engage directly with policy makers. The role of the Government Office for Science (Go-Science) is to bring together policy officials with the external expertise they need.

This role is of vital importance as the Scientific Advisory Group for Emergencies (SAGE) has to ensure ministers have access to the best advice in emergencies.

For example, during the winter of 2013 to 2014 the British Isles were in the direct path of several winter storms. These culminated in serious coastal damage and widespread persistent flooding.

Initially GO-Science provided a rapid briefing on the issue of groundwater flooding. SAGE then gave reassurance that all that could be done was being done in response to the worsening flood conditions. It also provided a range of worst case scenarios, looked at the impact of flooding on infrastructure and gave guidance on landslides and sinkholes. This information resulted in the use of pumps from the Netherlands for the first time.

Looking to the future

Using external expertise is also central to ensuring we reduce our vulnerability to future threats.

The Foresight Future of Ageing and the Future of Cities programmes are just 2 examples. Led by GO-Science this research gathers together the best evidence on what will happen in the future. This information is broken down into key issues that government and policy officials will need to consider to ensure the future wellbeing and security of the UK.

To sustain such expert advice, we must improve the use of evidence in policy making and strengthen the science and engineering profession in government.

To support this we've reinvigorated the science and engineering Fast Stream to attract the best postgraduate researchers. This will help ensure officials have the right skills to request, understand and question scientific evidence with confidence.

Of course, none of this would be possible without the excellent network of departmental Chief Scientific Advisors, and their foundation 50 years ago.